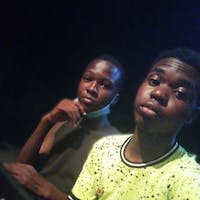 Subscribe to my newsletter and never miss my upcoming articles

Have you have been in a scenario where you have lots of elements , but want them to have same stylings like ( color , font-size , hight , width e.t.c) ?

So what was your move toward the issue ? is it by giving them same sudo property ?

Nope ! The best answer or solution to that is by using CSS Variable

WHAT IS A CSS VARIABLE ?

A CSS varibales are variable used for reducing repetition in codes , with CSS variable you can write once and do many

HOW THE CSS VARIABLES WORKS

The CSS Variable works in a very simple way , and clean manner , the CSS variable looks like object in Javascript, and works like a varibale in Javascript also

the CSS variable is easy to understand , and in this tutorial we gonna break everything down

CSS variable is bound in a psudo element in css which is called :root , the :root element is where all your defined styles are kept ( wrapped in ) this is how the css variable looks like , below

THE BREAKING DOWN EXPLAINED HERE

NOW LETS WORK WITH AN EXAMPLE

In this example we are going to store some list of colors in our :root element

Now you can see the example above , inside the :root {} we stored our colors there , and there are 2 dashes(-) in frotn of the color names , those dashes are used to tell the :root {} that , this is a variable , hold it do nothing with it , till it is being called back , and lets share more light on what variables are in programming : Variables are containers used to hold different kinds of value. so now the -- tells the browser that anything that comes before it is a variable name

the things you should note are there are 2 dashes (--) that comes before the variable name , and after the values that the variable holds there is a semi colon at the end as usual

CALLING THE VARIABLES BACK TO ACTION

in the image above you can see something like this in the first line var(--color) NOTE: you can see the 2 dashes , but this time it is wrapped in a bracket () this tells your browser that render the value of --color to the property of color. and when your browser compile it , you will see color:rgba(25,169,236); which is the color code for sky blue

CALLING THE VARIABLE TO ACTION WITH AN EXAMPLE

Let site an example on how the variable is being called to action , like you see above

now in the code you can see var() with the variable name inside , the "var" keyword stands for variable , and it can only receive a single parameter which is a variable name

that is how the var works

NOW LETS WRITE A FULLCODE BASE ON WHAT WE LEARNT

<div class="hashnode"> This is a tutorial on css variable </div>

now when your browser compile this code , you see the CSS like this , .hashnode{ color:blue; font-size:30px; }

its write once and do many